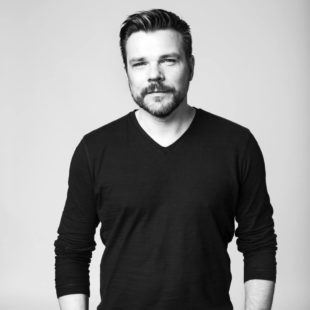 There are only a very few artists who can exert any real influence on the dance scene today — too many artists out there and seemingly endless output. Andre Tanneberger, however, has been making an impact for the past fifteen years. He may not have a secret recipe for success, but he is certainly one of those artists who succeeds in defying categorization. His tour diary ranges from the USA to Asia and back across the entire globe, taking in the world’s biggest festivals like Electric Daisy Carnival, Creamfields and Nature One. He also has a residency at the world-famous Marquee Club in Las Vegas, USA.

His international gig diary could not be more varied, whilst his releases are consistently of the highest quality and are celebrated as such. Each of his nine artist albums bears his inimitable signature, the authentic ATB sound which evolves through time without pandering to trends. His authenticity is respected by artists all over the world, hence his pool of collaborators features the likes of Heather Nova, Moby, William Orbit, Roberta Carter Harrison, Jan Löchel, Haley, Betsy Larkin, Aruna, Rea Garvey (Reamonn), Jean Michel Jarre, Michael Cretu, Armin van Buuren, Dash Berlin, JanSoon, Sean Ryan, Stanfour, JES, Melissa Loretta, Boss and Swan, Fuldner, Christina Soto, Kate Louise Smith and rudee.

His producer portfolio is complemented by two of his own compilation series which offer an exclusive insight into his DJ work. Since 2003, ATB’s “In The Mix” compilation series has offered a periodical snapshot of his current playlist, straight out of the world’s finest clubs. In 2010, ATB compiled the first “Sunset Beach DJ Session”, blending electronic dance music with the vibes of sun, sea and sand. A second CD presents the quieter, more ambient side of ATB, one of his great musical passions — which also merits space on his studio albums in the form of his own ATB productions.

His electrifying music thrills generation after generation in the fast-moving EDM scene all over the planet, as his packed tour diary testifies. ATB’s albums and compilations invariably shoot to gold and platinum status within weeks. The most recent Sunset Beach DJ Session immediately claimed a spot in the top 5 of the sales charts. At the last count, 26 gold and 15 platinum discs hang on his studio wall.

ATB has always been known for getting close to his fans, as reflected by the numbers on his social media sites — in excess of one and a half million followers worldwide! His fans show their appreciation of this open exchange with their favourite artist by voting him into the upper echelons of DJ and dance music polls, each and every year.