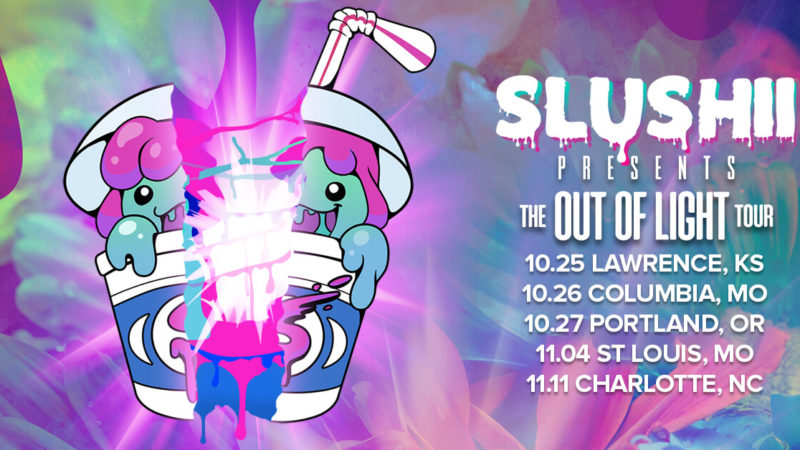 At only 20 years old, Julian Scanlan aka Slushii has recently dropped his 13-song debut album Out Of Light and announced a U.S. tour. An LA-based DJ and producer, Slushii is best known for working with artists such as Marshmello, Ookay and Jauz, gaining support from OWSLA label head Skrillex, and for having mermaid blue locks. Riding high off a summer gig at Billboard’s Hot 100 Festival, the party-ready artist has announced the Out Of Light tour in support of his debut album by the same name. Celebrate with Slushii as he shares new originals with fans around the country including dates in a city near you. Buy tickets now!

Going Out of Light With Slushii

After releasing several consecutively viral tracks, Slushii caught the attention of the industry’s biggest players. Touring constantly, the now post-teenager had yet to drop his debut full-length. This past August, he did just that with his highly-anticipated release Out Of Light which features the single “Dear Me” among other previously unreleased cuts. Catch Slushii on The Out of Light Tour to hear tracks off the brand new album!