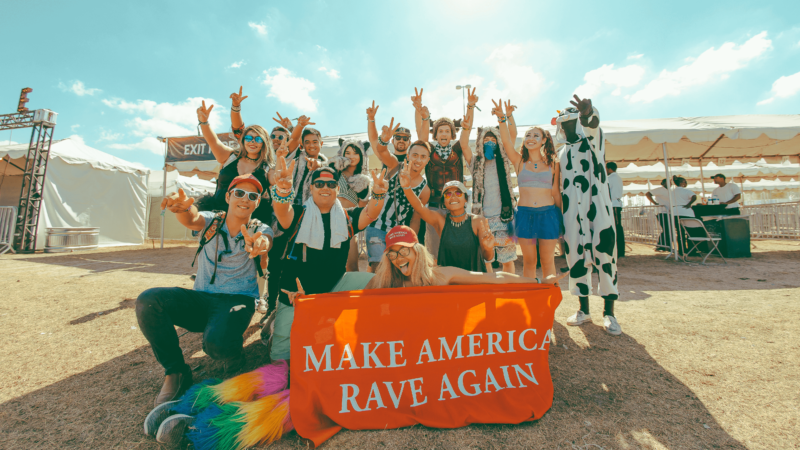 Allow this serve as a final reminder to let your raver voice be heard, on the precipice of the 2016 presidential election. Our goal at Disco Donnie Presents is to Make America Rave Again so in support of the party, party we urge you to take action on Tuesday, November 8th. Go to the polls and cast your vote!

I Want YOU to Vote!

Take a stand and V.O.T.E. for the voice of the EDM generation. Even though we represent more than a quarter of the nation’s population, only 26% of eligible millennials actually cast their vote in 2012. This year, it’s estimated that 23% of voters under 30 will head to the polls, but we need more than one in four to be heard.

Watch what happened when 3lau performed at Something Wicked, then exercise your right to Make America Rave Again — go vote!

Get Out and Vote on Tuesday! #MyRaverVoice

Don't forget to make your voice heard this election and GET OUT AND VOTE on Tuesday! Together we can make the change we want to see in the world.#MyRaverVoice #DiscoDonnieForPresident