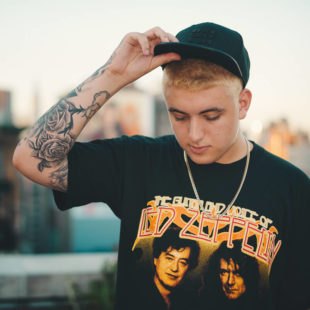 At only 20 years old the evolution of ZAXX is underway, and he is poised to continue his growth within the Electronic music space. Honing his craft in his Staten Island, NY bedroom, ZAXX (Greg Zaccagnino) has been creating music since he was 14 years old. He has been inspired from the likes of dance music icons such as Tiësto, Porter Robinson, and Skrillex, and bands such as LCD Soundsystem, The 1975 and Arcade Fire. ZAXX’s influences are extremely diverse, ultimately resulting in a diverse, distinct and emotional sonic signature.

ZAXX’s musical highlights of his burgeoning career have included his remix of The Chainsmokers “Roses,” which has been streamed several million times over, peaking in the Top 50 iTunes Dance chart. In addition, to his remixes, ZAXX’s original productions have consisted of collaborations with artists such as KSHMR, as well as several solo releases on Tiësto’s imprint, Musical Freedom.

ZAXX has a pretty stellar history of shows under his belt for such a young age. By the time he was 16, ZAXX already had completed his first college tour. He’s gone on to play many shows throughout North America, including New York’s Webster Hall, Electric Zoo, and Sunset Music Festival. He’s also cracked the Canadian festival circuit with performances at Chasing Summer and Center of Gravity. He has played at Hakkasan & Wet Republic in Las Vegas, only to be politely escorted out of the club after his sets, because of his age.

ZAXX began 2017 with a desire to evolve musically. He has been working in the studio relentlessly, seeking inspiration from new areas with a focus on producing quality music. His music has deep rooted meaning, evokes emotion and connects with listeners. With more new music and event dates popping up on ZAXX’s calendar, you will want to keep your eyes and ears on this incredible young talent.