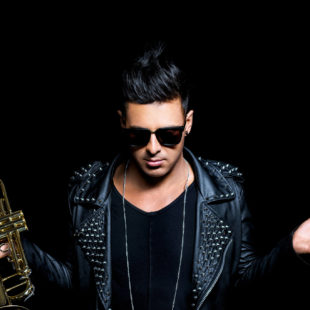 Multi-Platinum selling artist Timmy Trumpet is currently ranked Australia’s #1 DJ (ITM Awards 2015-16), averaging 10 flights a week, and juggling over 200 shows per year including major clubs and festivals around the world. His latest smash “Freaks” featuring Savage has dominated charts and radio stations in 30+ countries with over 50 million views on YouTube, making it Ministry of Sound’s highest ever selling single.

No stranger to the limelight, Timmy Trumpet won ‘Young Musician of the Year’ at age 13 before being granted a full scholarship to the Conservatorium of Music, where Sydney Symphony Orchestra’s Anthony Heinrich tutored him. Within two years he secured a position as the leading solo trumpet player in the Australian All-Star Stage Band, taking part in an extensive European tour covering some of the world’s biggest Jazz Festivals. After developing perfect pitch at a young age, Timmy’s progression into dance music has been propelled by his ability to effortlessly mix in-key whilst mastering the art of improvisation allowing a seamless transition from jazz to dance music.

“After discovering Jazz I began to jam over everything and anything, mainly stuff on the radio. It wasn’t long until I discovered house music, met a DJ, and then played my first gig. I drove home that night knowing this is what I wanted to do for the rest of my life.”

The Live DJ/Trumpet cross-over experiment proved a great success, providing the launching pad for an acclaimed career in dance music production. Timmy now boasts a catalogue of hits including ‘The Buzz’ (Beatport #1) ‘Hipsta’ (ARIA Club #1) ‘Freaks’ (5 x Platinum) as well as a string of successes with labels like Dutch powerhouse Spinnin’ Records, Hussle and Universal Music.

Timmy is following up the success of his release ‘Toca’ featuring Carnage and KSHMR, with an assortment of high profile collaborations and original tracks. In between studio sessions, Timmy is touring the world, having booked European, Asian, American and Australian tours for 2016. Timmy is set on bringing his captivating shows to crowds, clubs and festivals for years to come.