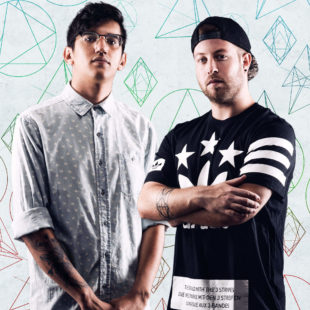 Straight outta israel and recently relocated to Los Angeles, the heart of the dance music scene, the duo RIOT are a mix of two entirely different worlds of music that breaks the barriers of musical genres in the scene. Their new innovative sound is produced by the duo of Tom Davidson and Daniel Magid that already earned the favor of an impressively long list of the world’s greatest electronic artists, including Knife Party, Infected Mushroom, Bassnectar, Excision, Don Diablo, Zeds Dead, Steve Aoki, Afrojack, Dillon Francis, Oliver Heldens, Joyryde & Zomboy, just to name a few. The style mixes the extremes of edm and energizes the audience to feel the chemistry between the two without a second of rest for the whole performance; that’s what makes “RIOT” one of the most outstanding and interesting groups in the edm scene now days. Despite their age relative to the field, RIOT were able to advance far in a short amount of time, positioning 6 times at beatport’s #1 in the dubstep, hip-hop & glitch charts with top charting hits. They have played together with world ranking dj’s such as, Infected mushroom, Borgore, Afrojack, Nervo, Dyro, Nicky Romero, Carnage, Nari & Milani, Don Diablo, Dj Bl3nd and many more as well as curators of their very own festival brand, Riot Festival.