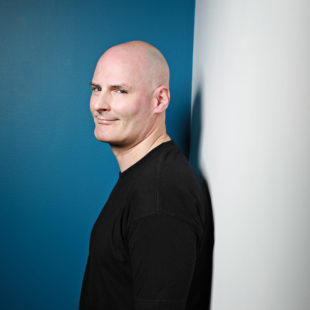 Liquid Todd is an award‐winning DJ, programmer, and producer based in New York City who is known all over the world for his cutting-edge radio shows and dynamic live performances. He has created shows — and even entire channels — at Sirius XM Satellite Radio and on some of the biggest terrestrial radio stations in America. Currently, he hosts the weekday afternoon drive-time show on BPM (Monday – Friday, 3:00 – 9:00 PM PST, on channel 51) and “Boombox Radio” on Alt Nation (Saturdays, 7:00 – 9:00 PM PST, on channel 36) at Sirius XM.

Todd was the first DJ to spin electronic dance music on the air in New York City, the nation’s largest terrestrial radio market. His critically acclaimed “Solid State” show aired live every Saturday night for eight years on 92.3 K-Rock, simulcasting to 104.1 WBCN Boston, and then continued another two years as “Altered State” on 103.5 WKTU. After joining Sirius Satellite Radio in 2004, it didn’t take long for Liquid Todd’s trademark genre-bending style to start attracting fans and influencing programming. His proposals were directly responsible for three new channels being launched — completely revamping Sirius’s electronic dance selection. Area (progressive/trance), Chill (downtempo), and Boombox (breakbeats, remixes) set new standards for innovation and quality programming. In addition to hosting afternoon drive on Boombox, creating the imaging for Chill, and producing the electro rock show “Zeros+Ones” on Left of Center, he also served as the lead programming consultant for Boombox and Chill, and the host of “Paul Oakenfold: Perfecto on Tour” on Area.

Besides his extensive broadcast experience, Todd joined top EDM independent label Ultra Records as A&R Director in 1999, but had to stop signing artists when he himself inked a deal with Atlantic Records along with his writing partner, Dr. Luke. Now Liquid Todd is working with Dr. Luke again, providing A&R consulting to Luke’s Kemosabe Records (Sony Music) and working with him to set up and launch a new EDM imprint.

Liquid Todd has performed at clubs, festivals, and parties all over the world to audiences from 6 to 60,000 including frequent supporting performances for one of the world’s biggest DJs, Paul Oakenfold. Some of the more memorable live gigs for Liquid Todd include Woodstock ’99, playing to an estimated 50,000, Central Park Summerstage, the Aca World Sound Fest, a few Lollapaloozas, Area:One, two Coachellas, as well as literally hundreds of clubs all over the planet.