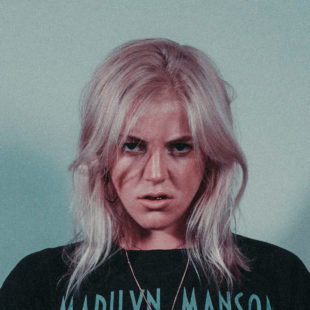 All round girl-boss/bad bitch GG Magree is in the thick of an impressive twelve months. Setting the bar for 2017 high, GG has progressed from being Australia’s girl next door – grillz and all – to one of the most exciting female talents to emerge out of Australia’s electronic industry in recent times.

Undoubtedly one of the coolest cats to prowl the scene, GG Magree is not your standard DJ — the bad ass, multi-talented Trap/Bass DJ, vocalist, producer, entrepreneur and all-round entertainer continues to take the world by storm over and over again through her impressive touring schedule, sell-out shows, international collaborations, celebrity allies, brand partnerships and original releases.

Recognised by the international music scene as the girl that plays hard trap like the boys, GG has paved her way with her energetic bass-fueled sets, a sexy attitude to her music, larger than life personality, her powerful vocals in turn making her presence known both in her home country and globally.

Undisputedly, GG Magree is one of the most sought after female bass acts in the southern hemisphere, having being personally requested to join the likes of Zeds Dead, Ghastly, Yellowclaw, Jauz, Mija, Dillion Francis, Grandtheft, on their tours in the last year alone, as well as NGHTMRE’s upcoming AU/NZ tour, and Australia’s HARDFEST.

With vocals likened to that of MIA and MØ with her own twist, her distinctive musical touch can be witnessed on the tracks of some of the hottest producers to grace the world-wide charts, with her vocal debut taking place in 2016 with electronic royalty NGHTMRE x Zeds Dead for FRONTLINES — a track that received incredible amounts of praise from every corner of the globe and in turn has led to having her voice painted on the tunes of some of the world’s leading trap lords and the music industry’s best.

When she is not hard at work laying down vocals for the likes of Zeds Dead — she is working tirelessly in the studio sculpting her own sound and has just celebrated the release of her debut single – ‘ONE BY ONE which was released August 4th 2017 through Deadbeats.

Not only is GG MAGREE one of the dopest females in the music scene, she is the also a proli c in uencer, domi- nating the fashion and lifestyle worlds, festivals and radio playing for the likes of Louis Vuitton, Chanel, YSL, Adidas, Topshop, Future Music Festival and Splendour in the Grass as well as ying around the world as a global in uencer for BUSABOUT and topping off 2016 working with Belvedere Vodka and VICE.

If that all wasn’t enough, GG takes place as the CEO/BAD BITCH behind YEAH PUSSY — a creative hub that embodies music and streetwear to promote and celebrate people in creative elds which has received major support from NWA & Vanessa Hudgens in US, Skepta & Stormzy in UK, Kohh in Asia.

Now, with a debut single out and some more exciting collaborations, vocal features and business ventures on the way, combined with selling out shows and making big statements everywhere she performs — Australia’s next biggest export is quickly en-route to global domination.