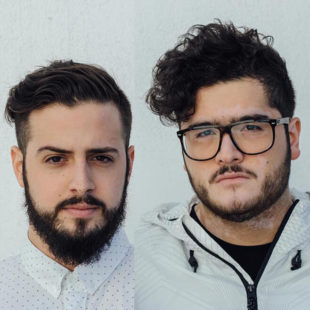 Mexico-born artists Americo Garcia and Jorge Medina have built a name for themselves as a “must watch”, highly talented, up-and-coming duo. Having an incredibly diverse musical background, Boombox Cartel combines their love and knowledge of music with an innovative and unique sound. The duo originally met while attending music school in Minneapolis, Minnesota. Their musical chemistry was instantly apparent and after a few self-releases, Boombox Cartel their star power began shining through a swift rise to the top of the Minneapolis DJ scene.

Feeling the call of a warmer climate and larger scene, the duo eventually made the move to Los Angeles where their rise as an international power-house really began to take hold. In quick succession Boombox Cartel released multiple massive singles that were quickly given full rotation by the biggest names in dance music. Their hugely dynamic track, B2U, became one of the songs of the summer 2015, receiving support from everyone from Diplo and Skrillex to Martin Garrix.

With multiple massive releases on the way, non-stop touring and support from top labels, 2015 will close with a bang for this quickly rising duo. Be on the lookout for releases on Mad Decent, a collab with Bro Safari and so much more.