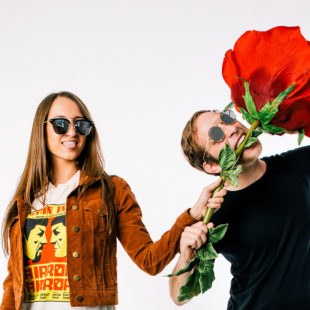 If you’re looking for a party, you’ve come to the right place. BONNIE X CLYDE, the DJ/Producer/Vocalist duo, debuted “The Ride” in July 2015, their first track in a series that exposed the world to their unique style coined “Vocal Bass”. BXC followed up with their viral hit “Rise Above” and landed them a licensing deal with Insomniac Records. “Bass Jam”, the leadoff single from their debut “WANTED” EP, via Interscope and Insomniac Records, has been their most successful track to date, topping the charts on Sirius XM BPM as the #1 ‘Beat of the Week’ for 5 weeks straight. The duo recently released their highly anticipated cover of Adventure Club’s smash hit “Gold”. Featuring Bonnie’s astonishing vocals and BXC’s signature sound, this remix has been a fan favorite ever since they first played the track w/ Adventure Club during Miami Music Week 2017.

2017 has proved to be an absolutely massive year for BONNIE X CLYDE. They kicked off the year performing on the main stage at Insomniac’s New Year’s Festival “Countdown” in California, followed by performances at Life in Color Miami, CRUSH LA, Okeechobee, Middlelands, EDC Japan, EDC Las Vegas, and Sun City Music Festival. The duo is slated to play several more festivals before the year is out including Groove Cruise LA, Life In Color Thailand, EDC Orlando, and more. In addition to their domination of the festival circuit, BXC has been rigorously touring the U.S. club circuit from coast to coast.

Their ability to steal shows and hearts proves that BONNIE X CLYDE have undoubtedly positioned themselves for massive success. Get ready to join the ride.