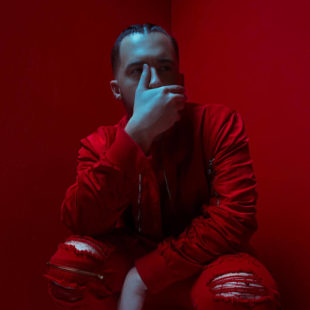 At 23 years old deejay and producer, 4B is relentless in his pursuit of aggressive vibey club perfection. Since his first release ‘Bomboclat’ premiered on BBC Radio 1extra’s Diplo & Friends mix, 4B has been wow-ing all the heavy-hitters in the industry, receiving track support from Skrillex, DJ Snake, Diplo, Tiesto, Kaskade, Zeds Dead, RL Grime, Carnage and many more. 4B knew his career was about to get moving when DJ Snake introduced him to Diplo as “the next big thing with the hottest s**t in the streets”. Following up with a slew of original releases on Diplo’s Mad Decent imprint and Steve Aoki’s Dim Mak Records, he quickly solidified himself as one of the most exciting new artists in dance music.

Making it his mission to channel explosive energy into ever-refined productions, 4B’s come a long way since writing his first beats on a high school lunch table in Westfield, New Jersey. His dynamic remixes, including one of Fetty Wap’s ‘My Way’ with Flosstradamus, have garnered millions of plays and praise from all of the major dance publications. His latest release ‘Pop Dat’ was the single most played song on the Mad Decent Boat Party and went on to become the quintessential winter booty-dropping anthem of 2015. It spent weeks on Spotify’s Global Viral 50 chart, where it recently peaked at #6.

As 2016 sets in, 4B continues to push the limits with his music. Upcoming releases find him incorporating a new down-tempo sound into his signature Jersey Club roots. While remaining at the forefront of innovative production, fans can also still count on him to supply them with his recognizable club anthems.